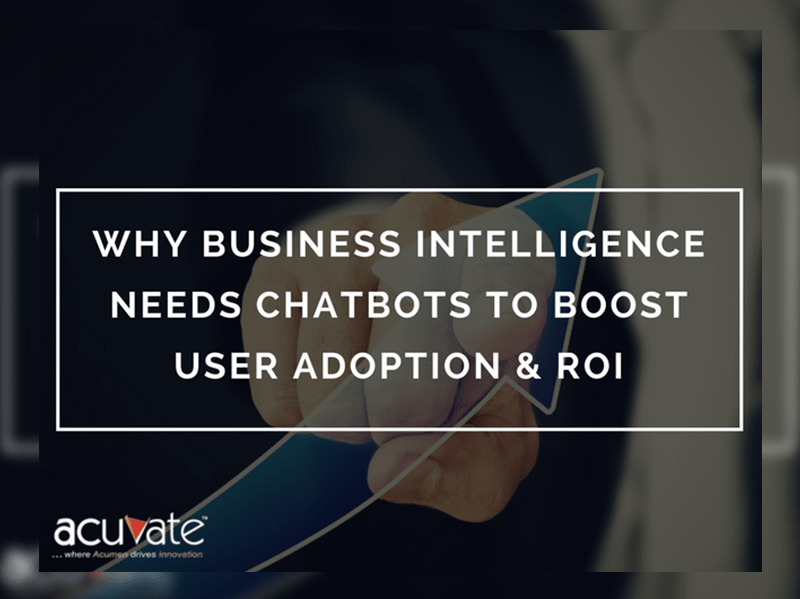 Out of the many Artificial Intelligence technologies present today, AI-powered chatbots noticeably make it to the most popular and trending segment.

Forrester in its TechRadar report on AI technologies even refers to these virtual agents as “the current darling of media”.

But whenever the applications of chatbots are discussed, the focus is primarily limited to customer support and service.

Contrary to popular opinion, chatbots hold valuable use cases in the B2E scenario of the enterprise too.
Read more: What Potential Do Chatbots Hold For The Enterprise

By integrating them into the enterprise LOB, ERP, ESS and productivity applications and deploying on any of the popular organizational messaging platforms like Skype for Business, Skype, Telegram Slack etc., these bots can take relevant information from the right enterprise application and present it before the employee via chat.

Read more: B2E bots: Why Should Enterprises Bet on Them?

BUSINESS INTELLIGENCE AND THE ADOPTION PROBLEM

Numerous companies fall short in the Business Intelligence space.Gartner confirms this fact –  about 70-80 percent of corporate BI projects fail.In our years of experience helping several Fortune 500 enterprises like Unilever, Coca-Cola, Britvic and others develop an effective BI strategy and deploy robust BI systems, we realized that this primarily happens due to low adoption rates.

Gartner’s Research Vice President – Cindi Howson also claims that the BI adoption among the workforce is just over 30 percent.

Most BI tools are yet to strike the perfect balance between providing in-depth insights and having an easy-to-use user interface.

Even though many BI platforms are equipped with the most advanced analytics features, they lack an easy-to-grasp interface which gives meaningful and actionable insights.

The sophisticated user flows in these tools become a nightmare for non-tech savvy users.

And trend/data discovery is another painful story in itself.

Even if the BI is a self-service one, employees need to open the BI system every time, download data, generate reports, switch different apps, go through multiple reports for accessing even the smallest pieces of data.

This non-friendly user experience of the tools makes employees reluctant to use them for everyday decision-making.

For instance, if a superior asks an unexpected question such as “What is the sales growth in London from 2012 to 2017?” in the middle of a critical meeting, employees have to open the dashboard app, check various figures, dig through irrelevant data and then project the visualization.

In such crucial situations where attention span is extremely short, employees need pinpointed actionable information from the BI –  ASAP!

Even the most advanced visualization tools feel time-consuming in such zero-hour situations.

All these factors lead to a low overall adoption rate and employees go back to decision-making based on gut feeling, best guesses or partial intelligence.

Data at Fingertips – Need For Speed

Integration of chatbots into your existing Business Intelligence system, enables them to extract data from it and by deploying them on any of your organizational messaging platforms like Skype, Skype For Business, Slack, Telegram etc., employees can get actionable insights through a conversational interface. (Just like mentioned before)

Instead of logging into the BI software every time, users can have a chat with the bot and obtain insights, right within the messaging app.

Chatbots eliminate the need for employees to switch multiple apps and dig and analyze information. Bots act as the voice of the BI system and a single point of contact for users to getting insights.

This convenient workflow of getting needed information right to the already actively used messaging app within seconds allows faster decision-making.

Data on the go – Multi-Device Support

Employees today are multi-device users. At work, they might use a desktop or a laptop and while at home or traveling a mobile device might be handy for accessing key business information.

Whether they are at work or at home or on the field, employees need easy access to BI insights/analytics.

Even though mobile BI apps are being developed, the popularity of apps is slowly fading.

The retention rate of an average mobile app is rapidly decreasing and tech experts like Andrew Chen even claim that the average app loses 77 percent of its daily mobile users (DAU) within the first three days, and 95 percent of apps aren’t used regularly after 90 days.

In such a scenario, burdening employees with an additional app might not guarantee improved adoption and productive results.

But here’s the catch. Unlike other apps, messaging and social mobile apps are fast gaining traction among consumers.

Gartner in its article notes that 72 percent of mobile messenger survey respondents use messenger apps at least once per day.

The Economist also notes that as of 2016, “over 2.5 billion people have at least one messaging app installed. Within a couple of years that will reach 3.6 billion, about half of humanity.”

Since chatbots are deployable on most of the messenger apps, users don’t have to again install a new app. They can get BI analytics/data while using the already highly-used messenger app.

Data as you wish to see

The answers provided by AI chatbots are not limited to only text format. Powered by Natural Language Processing (NLP) and Machine Learning, these bots can understand users’ intent and send the data in the necessary format – text, simple graphs, pie charts, heat maps etc.

Here is an example of how our AI-powered Sales Intelligent Chatbot – SIA can fetch data from your company’s Business Intelligence system and project data in any multi-media format or as a simple text. 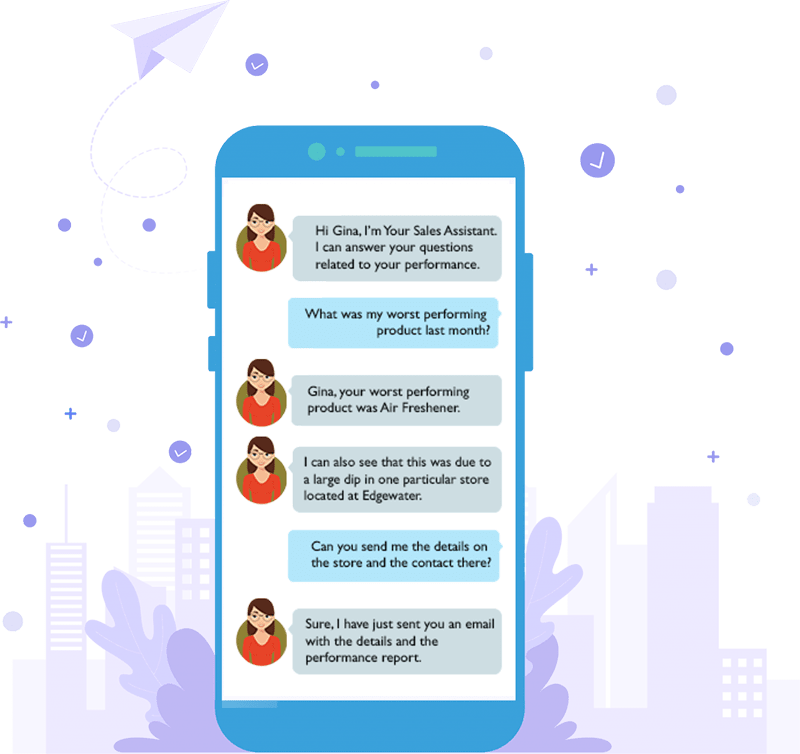 Built using our Enterprise-Ready Chatbot Platform – BotCore, the AI bot can also provide a link to the relevant BI dashboard or data model if the user wants in-depth insights.

With time, many companies have integrated search capabilities for their BI system.

Users can simply type their query in natural language like “What is the performance of sales in UK?” in a search box and the tool gives the most appropriate answer or a set of results (depending on the efficiency).

While an NLP-powered search option does contribute to a convenient data accession, chatbots can take it to the next level altogether.

Since they are already incorporated with NLP and ML, chatbots can learn from each human conversation and with time understand the office jargon as well.

This can’t be achieved with a search tool and the employee again has to login to the BI system everyday for searching and discovering trends and patterns which is not humanly possible.

In an Aberdeen Survey, it’s also found that 44% of business users feel that the search and natural language processing (NLP) capabilities they have access to are “inadequate”.

In a nonself-service BI environment, employees have to hover around the IT department for generating the needed reports. And, only a few senior executives have quick access to these non-updatable reports.

Other employees have to wait for hours before getting their chance resulting in slower decision making and thereby going back to guesses.

With Chatbots, the entire workforce no longer have to depend on the IT department and anyone can get the required analytics/insights right away from the BI system.

A Helpful Assistant For Non-Power Users

One popular complaint from non-power users about the normal BI system – “It’s just so hard to understand and use! I don’t know what options to select to download data and generate reports”

The easy-to-use conversational interface of bots enables users to get data by asking one question at a time.

Any popular messaging app today has a “groups/teams” feature within it.  Based on the theme of the group, concerned employees are added into a single window conversation.

Group bots act as a helpful team member and can send required analytics from the BI if there is a sudden need for an ongoing group chat.

Taking Self-Service To The Next Step.

Traditionally, most BI systems didn’t have a self-service option. As noted earlier, IT department has to build non-customizable reports from scratch and deliver them every time.

Even though with the advent of self-service BI, there is some increase in user adoption and data-backed decisions,  the sophisticated UX and usage of these tools delayed the process of getting actionable insights and thereby discouraging the end-user to use them regularly.

Chatbots make the purpose of a self-service BI a reality and give the much-needed element of speed to decision-making.

This element of speed,  combined with easy and hassle-free access to multi-format data anywhere and at any time offered by chatbots make them an ideal solution to boosting a BI user adoption.

If you’d like to learn more about this topic, please feel free to get in touch with one of our experts for a personalized consultation. 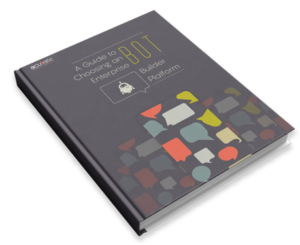 Abhishek is the AI & Automation Practice Head at Acuvate and brings with him 17+ years of strong expertise across the Microsoft stack. He has consulted with clients globally to provide solutions on technologies such as Cognitive Services, Azure, RPA, SharePoint & Office 365. He has worked with clients across multiple industry domains including Retail & FMCG, Government, BFSI, Manufacturing and Telecom. 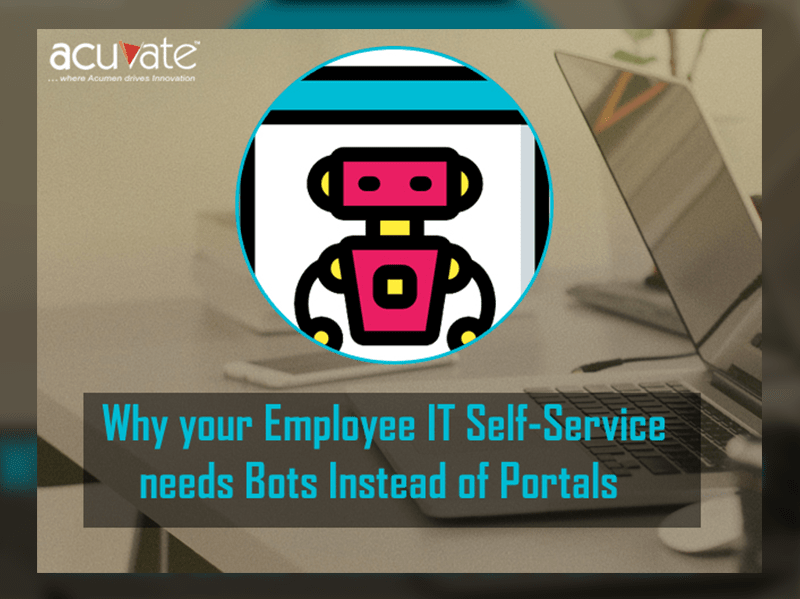 Why Your Employee IT Self-Service Needs Bots Inste 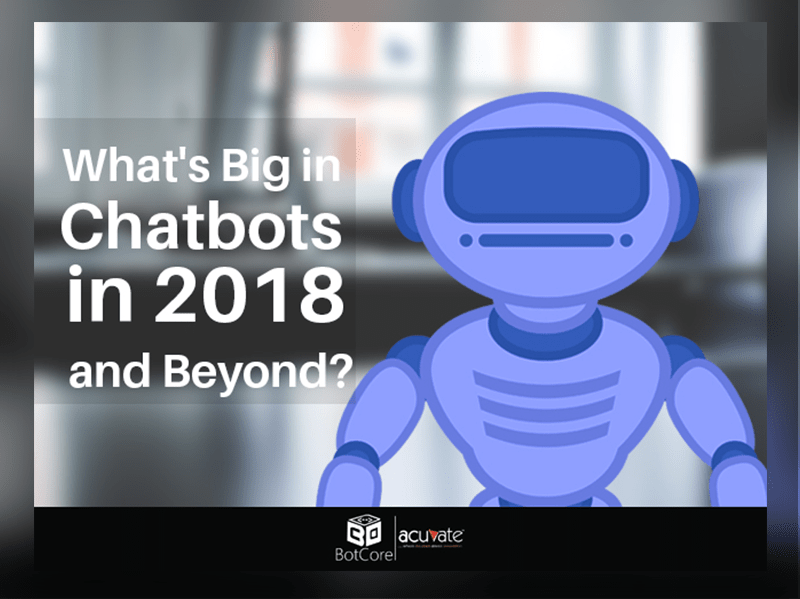 What’s Big in Chatbots in 2018 and Beyond 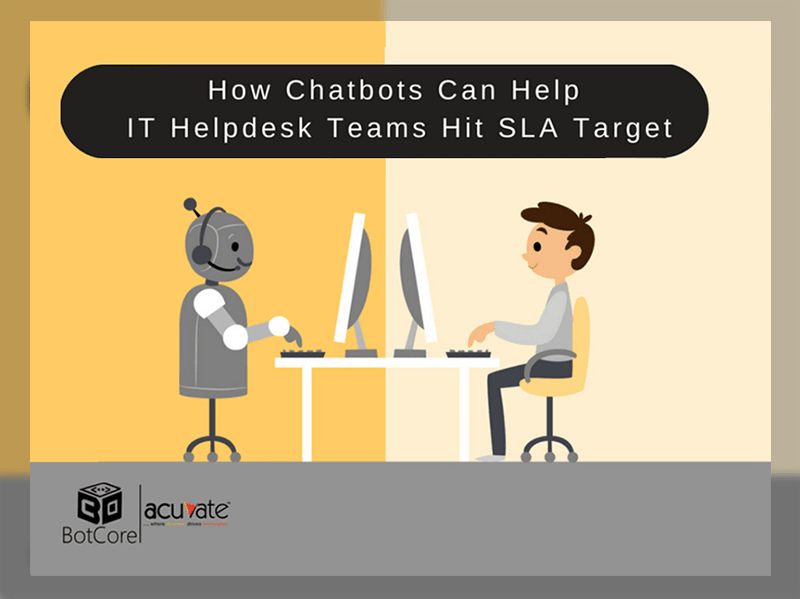 How Chatbots Can Help IT Helpdesk Teams Hit SLA Ta

How Can Traditional Banks Challenge the Fintech Space With Conversational AI?